Speed is a very important component when it comes to the success of a website as it is not only a ranking factor in Google but it also impacts on user experience, because people don’t like waiting for websites to load but which platforms perform the best?

Well that is what I have spent a lot of time testing out recently!

Accurately testing platforms performance is actually not a straightforward task as there are quite a few elements that affect the performance of a website.

But I decided to use two of the most reputable and popular tools online and they are Pingdom’s Speed Tool, using three of their servers Washington D.C, San Francisco and London, UK and also Google’s Page Speed Insights.

The reason why I chose these two tools is that they give a good indication of the load speed of the site but also how Google scores the sites performance.

To get the data for this test, I took 5 customer example sites from each platform and ran them through both tools once a day for three days and recorded each individual score/result, these were then added up and divided by the number of tests run, which gave their average score.

There are two separate lists of platforms that I chose for testing and for this test, I am only looking at fully hosted ecommerce platforms as the customer example sites are all running on the same hosting environment.

The first list are popular ecommerce platforms in the North American market and the 7 I chose are:

These were run through the Washington D.C and San Francisco servers along with Page Speed Insights and as you can see, there are some pretty big names on this list, so it is going to be interesting to see how they perform.

One name that I unfortunately couldn’t add to this test was Ecwid as they only had one of their customer example sites running on the Ecwid website builder. All of the others were integrated with other platforms such as WordPress, Wix and Squarespace so the results wouldn’t have been accurate.

The second list are platforms that are popular in the UK and surprisingly, the UK does have a larger selection of platforms to choose from:

These were all ran through the London, UK server along with Page Speed Insights.

If you would like to have your platform added to this list or have a suggest for a hosted platform that I should check out, simply contact me and I will check them out.

For the results, I am going to break it down into four sections, the two Pingdom tests and the Mobile and Desktop scores from Google.

A very solid performance from five of the seven platforms as that averaged a load time of less than seconds and Volusion, Shopify and Big Cartel were only separated by 0.11 seconds.

Bigcommerce were over a second slower than Squarespace, which isn’t a good showing but still better than Wix, who averaged a load time of over 3.5 seconds!

The platforms ranked pretty much the same as the Washington D.C table with the only change being Shift4 Shop and Big Cartel swapping positions.

Interestingly though, all seven platforms performed worse on the San Francisco tests than the Washington D.C ones.

This is arguably the most important test out of all of them with the growth in ecommerce on mobile devices and Google putting more emphasis on sites that perform well on mobile.

Honestly, none of the platforms were what I would call amazing when it came to their mobile scores. Big Cartel topped the list with a respectable 58/100 but there is significant room for improvement for all the platforms.

The most surprising platform for me was Shopify, coming in 4th overall, I did expect them to do better.

Bigcommerce also didn’t come in second to last in this one (the only time they haven’t!) but the score of 18/100 isn’t anything to be proud of. Wix, once again came last with a pretty shocking score of 10/100.

A superb result from Big Cartel, scoring a very impressive 90/100. Shopify and Shift4 Shop also performed well, with scores over 70. The rest of the platforms could do with some improvement as scores below 70 really aren’t great.

Bigcommerce and Wix were once again the bottom two on this test, although Bigcommerce did get over 50, which is considerably better than Wix’s 31/100.

A solid victory for Volusion overall, just edging out Shopify and Big Cartel. Big Cartel were the clear winner when it came to the Google tests and the rest of platforms do need to up their game on this one, especially when it comes to mobile performance.

Shift4 Shop were only just behind the leaders and performed respectably in all four tests.

Something which can’t be said for the bottom three! Squarespace weren’t bad on load times but were some way off when it came to the Google tests.

I honestly hoped for better from Bigcommerce, even though their 2020 performance wasn’t great, for one of the biggest names in ecommerce, it isn’t great that they seem to struggle in all areas.

But the wooden spoon definitely goes to Wix (for the second year running!), as they seem to have some issues with their platform or hosting environment and this is only made worse when stores are running the Wix Stores App.

All of the 2020 tests were done using three customer example sites, rather than the five in 2021.

As with the North American results above, all the UK results will be broken down in to their separate tests.

A pretty clear win for Create.net on this one, the average load time of 0.78 seconds is very impressive.

It is very close between the next four platforms with only 0.1 seconds separating them and all of the having a very respectable load times of just over 1 second. It is somewhat unsurprising that the UK based platforms performed better than their overseas competition, with only Shopify really being in the mix.

At the bottom of the list are two very big names in the world of ecommerce and website building. Both Bigcommerce and Wix are some way off the pace of their competition, with Wix being five times slower than Create.net.

This is arguably the most important test out of all of them with the growth in ecommerce on mobile devices and Google putting more emphasis on sites that perform well on mobile.

In reality, no platform performed exceptionally well in terms of mobile performance and it probably is something that all of the platforms should be paying some attention to.

Once again, Create.net came top with a score of 62/100, followed by EKM with 55/100. ShopWired and Shopify also performed respectably when compared to their competition.

Three big names in Squarespace, Bigcommerce and Wix all failed to break an average score higher than the teens, this combined with the poor load speeds really isn’t good for the latter two!

The top four platforms all performed very will on the Desktop test with scores averaging over 80/100. Below the top four is a bit of a dip to Bluepark in fifth with 69/100 and the following three platforms spread by just four points.

Once again though, it is Wix who are propping up this list in a consistent last place but they failed to break an average score of 50, which very much ties in with their other results.

Some pretty interesting results, especially from some of the bigger names in the industry.

Create.net should feel very proud of their hosting environment as they came top in all three tests and the rest of the top four also performed consistently well.

ShopWired does deserve a special mention as their performance has improved quite considerably since the 2020 tests (you can see the summary of the 2020 testing below), which is definitely down to their new version 4 framework.

Shopify was the only platform not based in the UK to perform well, which shows just how good their hosting environment is. However, three big names in the industry were consistently near the bottom of the charts, with Bigcommerce and Wix both performing pretty badly, although both have improved over the 2020 results.

The test in 2020 was slightly smaller, with only three customer example sites being used, rather than the five in the 2021 tests.

Some interesting results amongst all the tests, with Shopify consistently performing well, something that can’t be said for their main competition Bigcommerce, who seem to struggle in every test.

However, Bigcommerce were still better than Wix who never came close to moving off bottom spot in any of the 7 tests that were run.

I hope you found this post helpful as it took many weeks to compile this data but while performance is important from both a ranking and user experience standpoint, there are many other factors that influence how good or bad an ecommerce platform is.

And as I mentioned above, if there are any hosted platforms that you would like to see included for next years testing, please let me know by filling out my contact form.

Hi, I’m Paul and welcome to my Channel (well, Website!), if you want to know more then check out my About Me Page. 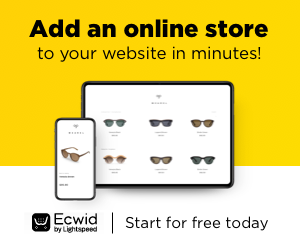 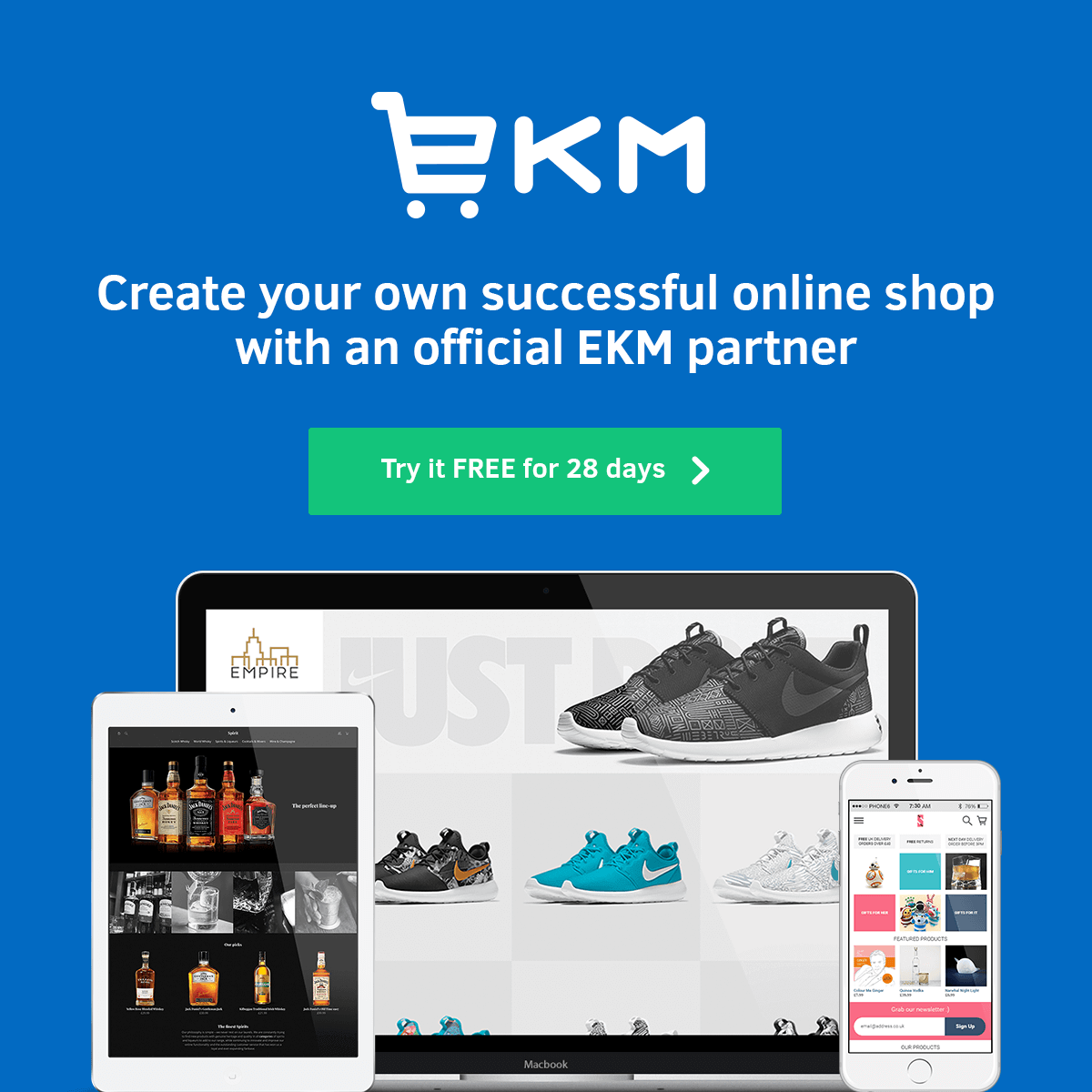 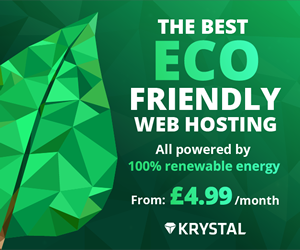